Gold bullion, prime London real estate, muddy fields. If it sounds like there’s an odd one out in that list, there is – in recent years, the muddy fields have proved to be a much more lucrative investment than the other two, as a perfect storm of voracious demand and scarce supply has driven land values to an all-time high, with continued annual growth predicted at 6%. As an asset, land has a unique set of characteristics. It is reassuringly tangible and durable, it is finite – they aren’t making any more of it, as the cliche goes – and it can be used in many different ways by different types of investors. Land is also extremely illiquid, and it exerts a powerful psychological hold over its owners, which can foil economists’ best efforts to predict how it will perform. So how long can values really continue to rise? And what does this rush of investor interest mean for the farming industry itself? That’s what I set out to discover in this feature for Modus, the magazine of the Royal Institution of Chartered Surveyors.

Scarlett O’Hara’s dad knew what he was about. When he told his sceptical daughter that land was the only thing worth having because it’s the only thing that lasts, it took her more than three hours, a civil war and several husbands to come round to his way of thinking. But were he investing in the UK today, O’Hara senior would have no doubt felt vindicated. Land has weathered the recession better than anything else, not only holding its value but increasing it almost three-fold over the last ten years, as investors of every kind have piled into the market. In this special report for Estates Gazette, I investigated the extraordinary success of rural land, and what could check its progress, from the abolition of inheritance tax relief to Scottish independence.

Also included: an interview with James Townshend, CEO of Velcourt, one of Britain’s biggest farming businesses, who said that advances in biotechnology should increase productivity by 25% within the next ten years.

CBRE’s central London research team asked me to write an article on workplace trends among the top 100 legal firms in London – in particular, the gradual but inexorable shift from cellular offices to open-plan. This continues to be a viscerally divisive issue for law firms. For some, it is a chance to break the link between status and square footage and demonstrate that the legal profession has moved with the times. For others, the merest suggestion of the “call centre” prompts dark predictions of the profession’s demise. I spoke to firms on both sides of the divide, as well as leading workplace experts, to write an eight-page feature, which featured in CBRE’s Law in London report for 2013. 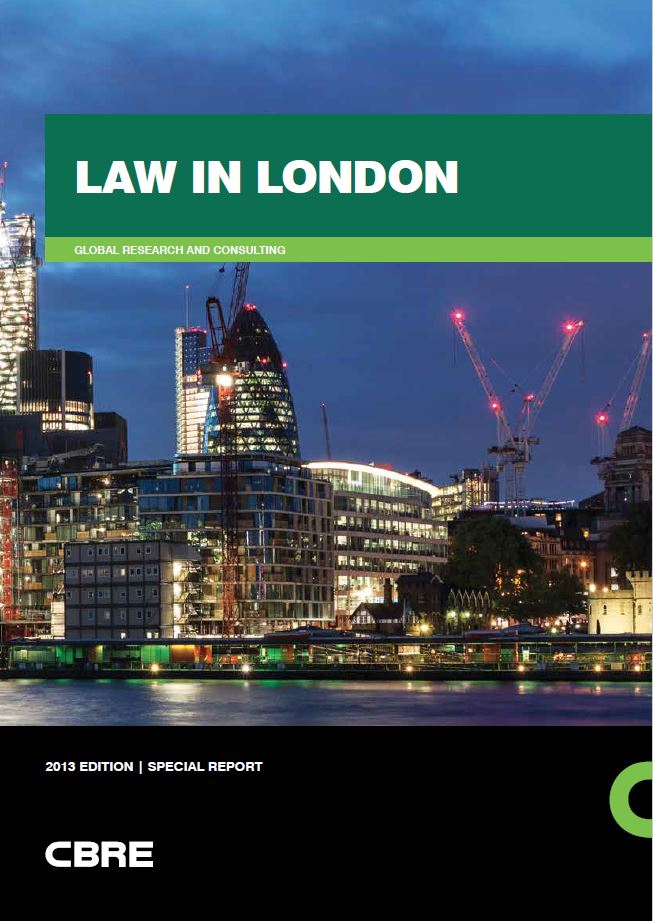 During 2012, the UK consumed 1,468,000 barrels of oil every single day, according to BP. So what would happen if the price of those barrels, currently just above the US$100 mark, were to suddenly double, or even triple? It’s not beyond the realms of possibility – oil prices peaked at US$145 in July 2008, and though fracking may appear to have averted an imminent peak in the oil supply, the majority of proven reserves and many supply lines remain located in some of the world’s most volatile regions. Oil plays a role in practically every aspect of modern life, which means that a major price rise would surely have profound consequences. Exactly what those consequences might be is the subject of this October cover feature for Modus, the magazine of the RICS.

For years, London’s dominance as the world’s leading financial centre was matched by the dominance of financial services in the capital’s property market. But while the financial crisis doesn’t seem to have challenged the City’s position as the favourite destination for global capital, lettings to the sector dropped like a stone – and still haven’t recovered. Where financial services companies once took one in three lettings in the City, they are now lagging behind both TMT and professional services. In this nine-page special report for Estates Gazette, I spoke to property experts and financial services firms themselves to find out whether the change is permanent, and interviewed RBS’ head of property strategy about his plans to streamline its vast office portfolio in readiness for re-privatisation.

Any insurance broker who’s still in business after almost five years of financial crisis should congratulate themselves. But with the weaker players out of the running and the economy basically flat, the market is now more competitive than ever. Achieving organic growth means holding fast to existing clients while they are bombarded with better offers, while pulling in new ones from rivals who are clinging on just as tenaciously as you, something one broker compared to Olympic track cycling: you have to get everything right to be successful. In this article for Insurance Times, I looked at the best growth strategies for the months ahead, and at how brokers can transform themselves from passive “farmers” into efficient “hunters” , ruthlessly pursuing new business, eliminating distractions and cutting timewasters loose. One of the keys is specialising in niche areas, whatever they may be – it’s much easier to get everything right when you’re only trying to do one thing.

Are you sitting comfortably? More than three-quarters of people in the insurance sector are – according to the latest jobs market survey from Reed, which found that 77% considered themselves either secure or very secure in their jobs. Ironically, and unfortunately for their employers, that means they’re much more likely to be looking around for other opportunities. In this piece for Insurance Times, I looked at what firms are doing to hang on to their staff as the employment market picks up, from hard cash to monitoring for signs of the five-to-seven-year itch…

The surveying profession has already weathered 145 years, even if few members of the general public could tell you exactly what they do. The Royal Institution of Chartered Surveyors (est.1868) has not, however, made it this far by being complacent. It commissioned a report looking at how the world around it might change over the next 30 years, which points out that 25 years ago, the Berlin wall was still standing, the internet was a distant dream and hardly anyone was talking about globalisation. Conversely, we have no idea which of our current preoccupations – from climate change and the collapse of global economic structures, to Building Information Modelling and higher university tuition fees – will have the greatest impact in the decades to come. For the danger-themed April issue of the RICS’ magazine, Modus, I interviewed six senior surveyors about the threats facing the profession, confronting prolonged recession, technological obsolescence and even extinction.

Building Information Modelling, or BIM, is the biggest thing to happen to the construction industry in a generation. By allowing project teams to create complete virtual models of a building before they get anywhere near the site, it promises to dramatically improve speed, efficiency and reliability, eliminating expensive mistakes, and enabling better facilities management and, eventually, demolition too. But so much change is inevitably perceived as a threat too: to people’s jobs, to long-established practices, and to traditional definitions of legal responsibility when things do go wrong (because innovative new ways of working always mean innovative new ways of cocking things up). In less than three years, teams working on every centrally procured government project will have to use BIM, which means that construction firms across the industry – large and small – need to start implementing it now. This 16-page supplement, which I edited and partly wrote for Building magazine (sponsored by technology vendor Autodesk), explains how they can do it.

Why drain your cash reserves to pay for your office fit-out, when you could spread the cost over several years and turn it into a tax-deductible expense? Leasing fit-outs is not a new concept, but it’s never really caught on – clients may be wary of taking out a loan or the rigorous credit checks involved, they may not fully understand the financial benefits, and many clients and contractors don’t even know it’s an option. But those contractors and suppliers who do routinely offer it to clients say that it’s a no-brainer for both parties. The availability of finance took a hit during the credit crunch, when lenders retreated from the market. They are now returning, however – in many cases faster than high street lenders. Leasing companies believe that with capital budgets still tight and limited finance available from other sources, their moment may have come. In this piece for AIS Interiors Focus magazine, I spoke to them, and their clients, to find out whether it really pays off.