At the beginning of April 2020, with many of the world’s offices deserted, I began a weekly thought leadership series for WSP about how Covid-19 would transform the knowledge workplace. It ran to eight long-form features – almost 17,000 words – on everything from the cultural impact of physical distancing to virus-proofing the office environment, to whether companies will still bother having their own premises and what would make people want to go there when they are all set up to work from home. I also ghost-wrote six shorter pieces with WSP’s technical specialists.

As a long-term freelancer, one of the most striking transformations so far is the overnight switch from phone to video calls. Over the course of the series, I interviewed 50+ experts, glimpsing a dizzying variety of living rooms, spare rooms, home offices and gardens across Europe, North America, Australia and New Zealand.

The articles were published on WSP’s website as part of its Better Normal campaign, and they were widely shared on social media and republished elsewhere. We also compiled the whole thing into a 60-page PDF, Thoughts on the post-pandemic office.

Harvard professor Bill Kerr argues that global talent migration is a ‘gift’ that helps societies to flourish. But cities need to get over the idea of being the next Silicon Valley and make the system work for everyone. I interviewed him for issue 05 of The Possible, and made a vain attempt to condense his entire book into a single infographic… Most startling statistic: One in every 11 US patents is granted to a Chinese or Indian inventor living in the San Francisco Bay Area.

Every day millions of people around the world go to one place: the office. Why? Technology has freed knowledge workers from the commute and the cubicle, and no one has their best ideas at their desk – and we’ll all be replaced by robots soon anyway. But the office continues to occupy a hallowed place in the corporate mindset and, if anything, a company’s premises are becoming even more essential to its identity and culture. In this article for issue 03 of The Possible, the thought leadership magazine that my company Wordmule produces for WSP, I explored the future of the workplace in an AI era.

We’ve just published the second issue of The Possible, the thought leadership magazine that my company, Wordmule, produces for global engineering firm WSP.

The Possible is about the future of buildings and cities and the ideas and innovations that can help them function better. In this issue we explore the limits on city density, the future of education, next-generation construction materials and whether we’ll ever be able to design a totally recyclable building. Chicago architect Gordon Gill, designer of the 1km-tall Kingdom Tower, talks about his responsibilities and regrets, and psychologist Naomi Shragai investigates what’s really happening when project teams collaborate. In our Connected Thinking section, contributors contemplate how drones will shape development in Africa, the seismic threat to Asia’s megacities, hospital design in a post-antibiotic world, how architects can ensure the wellbeing of site workers thousands of miles away, and why engineers should read more philosophy. It was designed by Supermassive and the cover illustration is by Noma Bar.

Longstanding client WSP Parsons Brinckerhoff wanted to raise its profile as a thought leader in its chosen fields, so the global marketing team commissioned my company, Wordmule, to produce a new client publication.

The result is “The Possible”, a 68-page print magazine about the future of buildings and cities and the innovative ideas and technologies that can help them function better. It has an initial circulation of 10,000 targeted at a senior audience of architects, developers, contractors, city planners, government agencies and institutes, and building users worldwide.

To inform the magazine’s content, and the company’s thought leadership strategy more broadly, we conducted 30+ in-depth interviews with the company’s clients and partners around the world, as well as speaking to specialists and experts among its 36,000 employees. We then planned, commissioned, wrote and edited the articles, and managed the project throughout, working with creative agency Supermassive and printer Greenshires. The first issue of The Possible was published in November 2016, and the second is due out in spring 2017.

The first issue included articles by a diverse range of global contributors, as well as in-depth features on adapting healthcare and the built environment for an ageing demographic; modular construction and encouraging creativity in the workplace, and a stunning cover illustration by Noma Bar.

For the second year running, CBRE asked me to contribute to its Law in London report. I researched and wrote material for 22 pages, which involved interviewing legal firms and crunching CBRE’s own extensive data to identify trends in how the sector is occupying space in the capital. Key issues included the need to maintain flexibility as workload increases but fees don’t, and the perennially thorny topic of whether lawyers could ever be persuaded to hotdesk. (Answer: unlikely.) 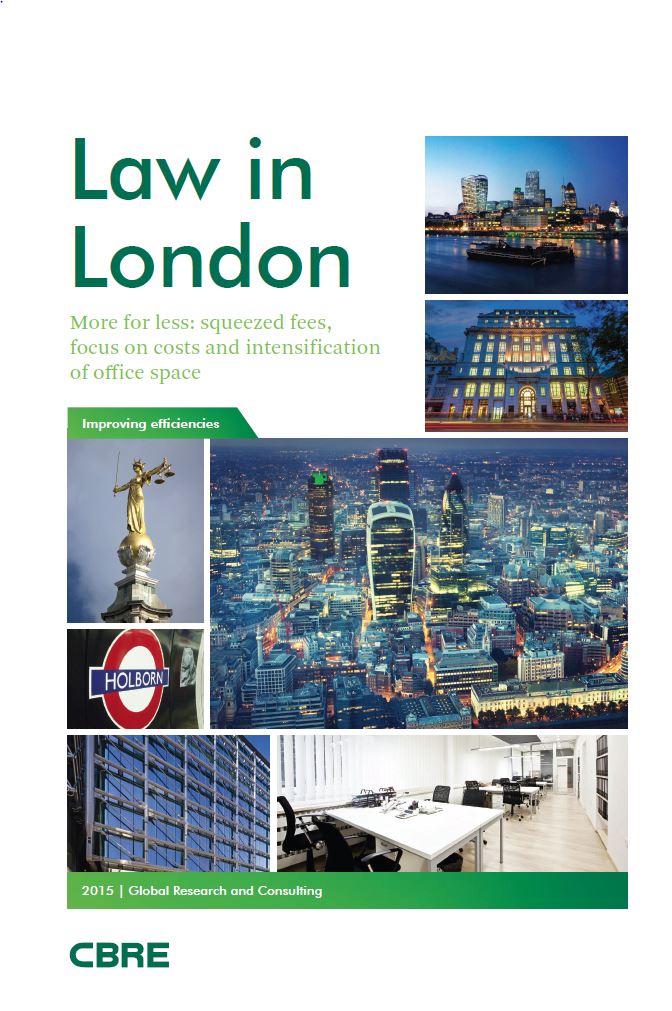 Fancy expanding beyond your home market? No problem. Just ask your research department to prepare a comprehensive report on the market and possible acquisition targets, get finance, legal and compliance to investigate local regulations and the money side, and send someone from business development out on a three-month scouting mission to build contacts in the region – your admin support can organise visas and make travel arrangements. But hang on – what if your company doesn’t have a research department, a business development function or large teams of support services, or indeed the cash to make foreign acquisitions? What might be a major undertaking for a large firm can sound impossibly daunting to a smaller one. But there are compelling reasons to take the plunge anyway: UK Trade & Investment says that 90% of the firms it works with fall into the SME category and that, on average, they go on to win £100,000 of new sales within 18 months. In this article for Modus, the magazine of the RICS, I spoke to small surveying practices that have managed to successfully expand abroad and found out how they did it.

Imagine a world where a manufacturer is happy to exchange a product after 10 years, and not because there’s anything wrong with it, simply because a better version has come on to the market. It may sound far-fetched but this is a serious idea proposed by some of construction’s soberest minds. It’s part of a concept known as the “circular economy”, which severs the link between economic prosperity and resource consumption and transforms the traditional linear process of “take-make-dispose” into a closed loop where no resource is wasted and everything is reused or recycled. As one of the world’s most resource-intensive industries, construction is an obvious place to start. Buildings would be designed to be more adaptable and durable, and eventually to be disassembled into components and used again. Rather than selling products, manufacturers might undertake to provide a guaranteed level of service, upgrading components as more efficient ones become available and taking back the old materials.

It’s a million miles away from today’s consumer society, but something about the circular economy seems to have captured the popular imagination and there are signs that it is making the leap from deep-green niche to the mainstream. But can construction products – and buildings – really be recycled as easily as cans of coke or cars? In this piece for Construction Manager, I found that it demands a radical shift in not only the way buildings are designed and constructed, but also how they are financed, insured and even owned. As Jane Thornback at the Construction Products Association pointed out, “If somebody’s designing something with a brick, who owns it? The people who made the brick, the people who made the brick into something else, or the people who demolish the bricks 300 years later?” How could a manufacturer guarantee they’d be around in 10 years to honour that service contract? And what happens if they go bust – would the receivers want to demolish your house to recover the assets…?

It looks like the construction industry is finally out of recession – and facing a whole set of not-so-new issues. I interviewed Tony Giddings of developer Argent for Building about his £1bn pipeline at King’s Cross and elsewhere, and whether he’s concerned about rising costs and finding firms to build it all in a suddenly booming market.