Concrete Quarterly’s winter edition takes a fascinating look at the world through the eyes of a sculptor – legendary concrete mural artist William Mitchell, now in his 90s, who compares the forms of the UK’s motorway network to sand dunes in the Arabian Desert (p19). Sculptural forms abound elsewhere too – once you start thinking that way, it’s hard to stop. There’s an art gallery in LA where works by Jeff Koons sit within a moulded building that appears to float, a social justice centre-cum-shelving unit in south London, and a kitchen extension made almost entirely of concrete that could have been carved from a single block. I’ve edited CQ for the Concrete Centre since 2010, but you can read the whole archive going back to 1947 here. 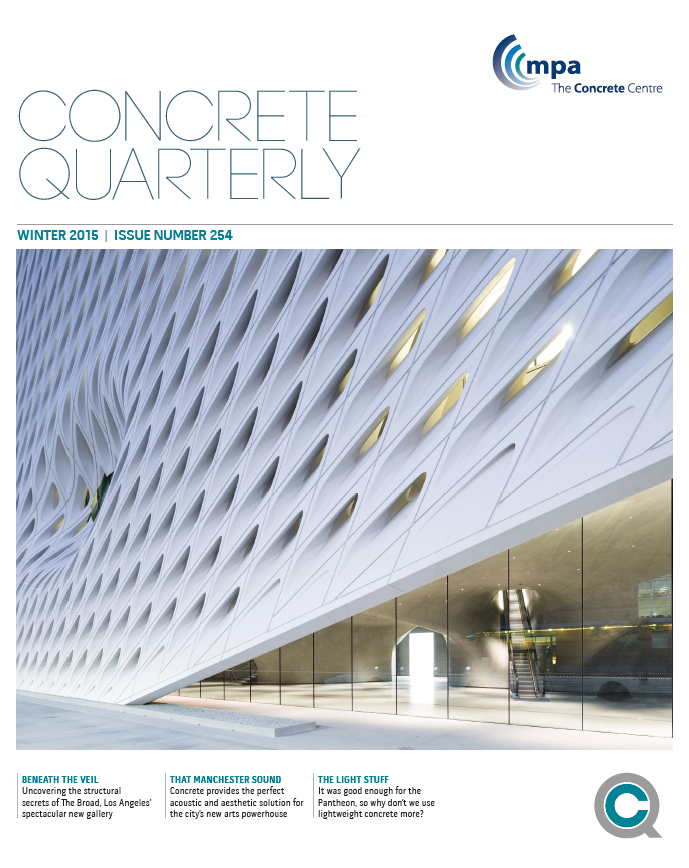 I am an experienced journalist, copywriter and editor who has covered the built environment for nearly 20 years. I am co-author of Design for Climate Change, published by RIBA, and I edit The Possible, a magazine for global engineering firm WSP. I’m also co-founder of Wordmule, an editorial studio producing thought leadership content about buildings and cities. Find out more.