Inside Housing is the most widely read magazine for the UK social housing sector. I edited a 36-page supplement to tie in with the biggest event in the housing calendar, the Chartered Institute of Housing’s annual conference in Manchester. As social landlords waited anxiously to find out their fate under the new Conservative government, the supplement took an in-depth look at the apparently unstoppable shift of power from Westminster to the regions, and whether councils could ever reprise their role as major housebuilders. 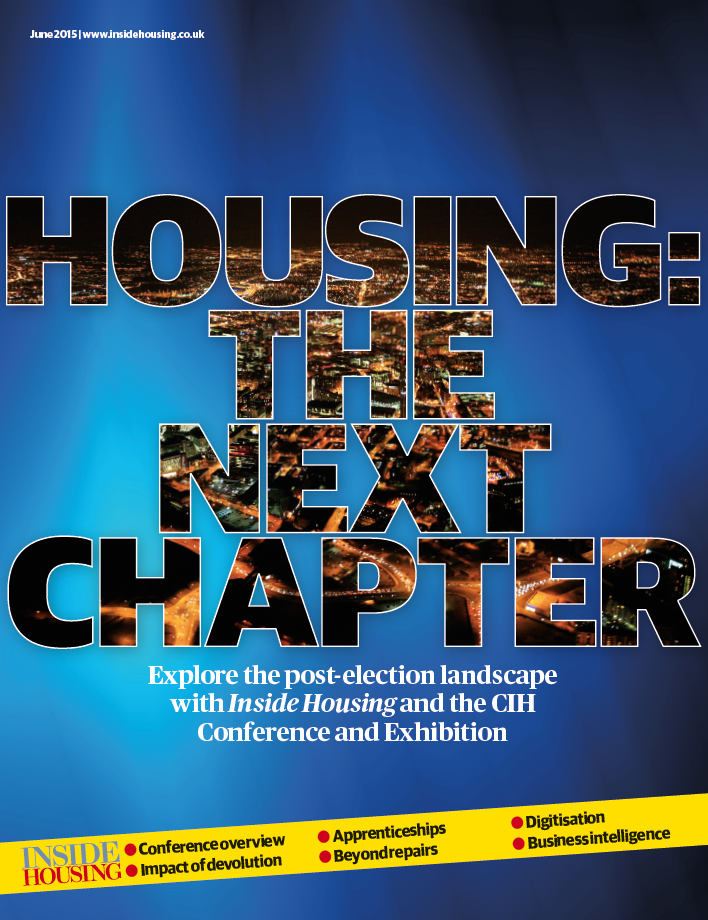 Last time Britain faced a housing crisis on this scale, it was local authorities that built our way out of it. The days when council building departments threw up gargantuan estates may be long gone, but there has been a quiet renaissance over the last three years as they deliver a small but growing proportion of new homes. Whether this is a scalable part of a long-term solution or just a blip in the continuing decline of council stock will depend on the policies of the new government – and it’s already clear that it’s not going to be easy. I interviewed a man who’s really hoping it’s the former: Eamon McGoldrick, managing director of the National Federation of ALMOs – the arm’s length management organisations that are responsible for most of this housebuilding. The article appeared in Inside Housing magazine, in a supplement which I also edited.

In good times or bad, wherever there is a building site, there is almost certain to be an argument about payment. Very low margins, long payment chains and “risk dumping” on subcontractors are common causes, but the complexity inherent in even the simplest building projects can lead to conflict. So perhaps it’s no surprise to hear of the rise of the “mega-dispute” where the sum contested is in excess of US$1bn– the natural consequence of the rise of the global mega-project, with firms from many countries working together to deliver massive infrastructure schemes. Whether conflicts are resolved swiftly or escalate into protracted court battles is down to specialists in dispute resolution, a dynamic and evolving field – and probably the most stable job in construction. In this article for Modus, the magazine of the RICS, I investigated why construction remains such a contentious industry and whether alternative approaches to dispute resolution could help.